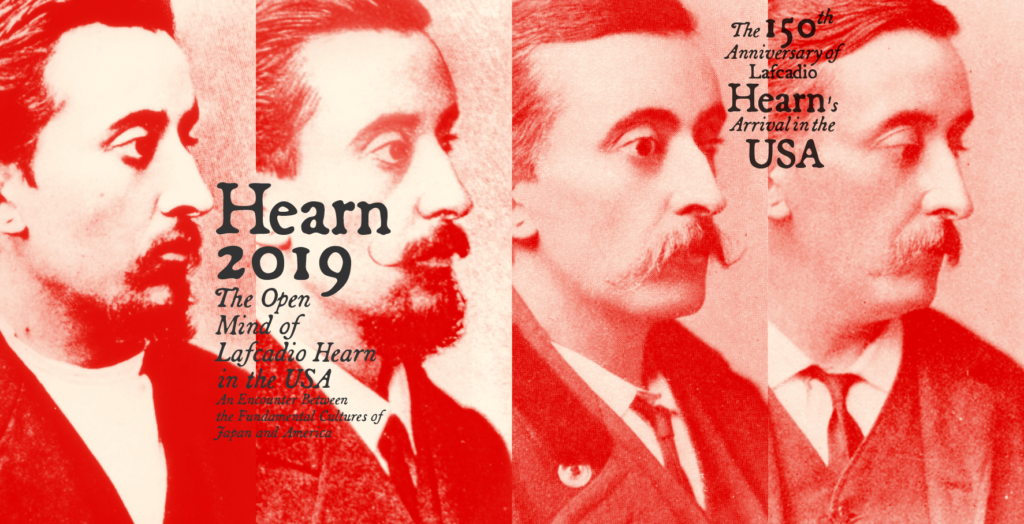 This project, The Open Mind of Lafcadio Hearn in the USA—An Encounter Between the Fundamental Cultures of Japan and America—, commemorates the 150th anniversary of the arrival in the USA of the writer Lafcadio Hearn (Koizumi Yakumo.) It will be held in three American cities (New York, Cincinnati, New Orleans) which have connections with Hearn. The project aims to re-evaluate Hearn’s deep understanding of Japanese and American culture. It also aims to communicate the concept of an “open mind”, which was a feature of Hearn’s character, and which is essential for a sustainable, harmonious society in the 21st century. By doing so, it will promote mutual understanding between Japan and the USA, and deepen friendship between the two countries.

Hearn’s activities in the three aforementioned cities were conducted from the viewpoint of a pioneering folklorist, and this experience undoubtedly made his deep understanding of Japan possible.

To highlight his insight, the following events will be held: A reading of Hearn’s works by the actor Shiro Sano and the guitarist Kyoji Yamamoto, calledLafcadio Hearn Reading Performance—Kwaidan—Call of Salvation Heard from the Depths of Fear, a pre-performance calligraphy art event by the calligrapher Nanami Nanasawa, and a collodion photograph exhibition by Everett Brown titled Seeking an Open Life: Photographs of Lafcadio Hearn’s Japan

Through these events, Hearn’s deep cultural understanding and multi-faceted nature will be demonstrated to American audiences through literature and art. We can expect this exposure to lead to more tourists visiting Japan, as the 2020 Tokyo Olympics approaches. We can also expect this to become a new form of cultural project, which incorporates literature, performance art and tourism. We also wish to explore a new method of global exchange from the perspective of an open mind.

support:
Embassy of Japan in the United States of America
Shimane Prefecture
Japanese Chamber of Commerce and Industry of New York, Inc.