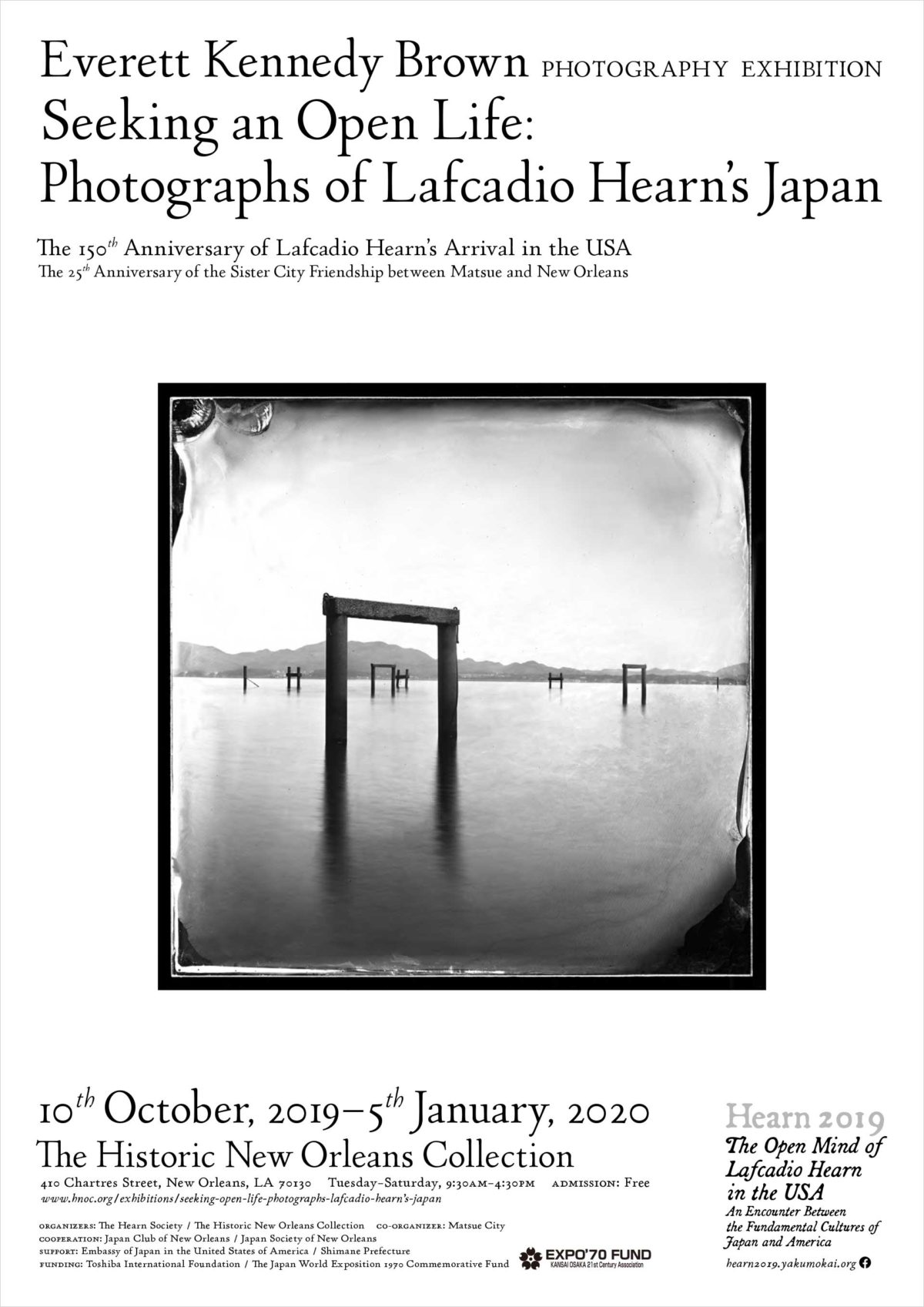 Everett Kennedy Brown is an author and artist using the collodion photographic technique to create uniquely beautiful images of Japan. He was born in Washington DC, and has lived in Japan since 1988. Using the collodion process since 2011 he works to create images that explore the spiritual depths of Japanese aesthetic sensibility. The collodion process involves the use of a large-sized antique camera and lens, and hand made glass wet plate negatives, as opposed to commerical film or digital. It is a rare and difficult to master photographic process which Brown uses skillfully to express his informed insight into the depths of Japanese culture. Brown calls this a “modern classic” method, that is based on the same process as was used at the time of the arrival of Admiral Perry’s Black Ships to Japan in 1853.

The 19th century writer Hearn feared the disappearance of Japanese traditional culture and wrote about his concerns 130 years ago. His works continue to resonate with Brown’s vision, as they share similar deeply spiritual visions of Japan. They both came from overseas, and developed an empathetic understanding of a Japan that few usually encounter. This exhibition is an excellent opportunity for people in the USA to encounter the spiritual depth of Japanese culture that can be experienced in the area around the city of Matsue. Matsue is a sister city of New Orleans, cities that Hearn both dearly loved. Brown has held photo exhibitions in the USA before, but his will be his first in New Orleans, at The Historic New Orleans Collection.

The exhibition will present images created in the Izumo region which inspired Hearn’s literature. The photographs are printed on traditional Japanese paper using the collotype printing technique. This collaboration with paper and sumi ink artisans and a traditional master printer further reflect and express the depth of Japan’s artisan culture. A lecture event with the artist is also scheduled.

“Lafcadio Hearn was a cosmopolitan, a man of many cultures. The images in this exhibition are a tribute to that Open Life that Hearn exemplified in his life and work.” (Everett Kennedy Brown)

support:
Embassy of Japan in the United States of America
Shimane Prefecture

Sister cities New Orleans and Matsue, Japan, both claim renowned 19th-century journalist and author Lafcadio Hearn as their own. This exhibition of contemporary photographs of Japan’s southwestern Izumo district, home to the city of Matsue, by artist Everett Kennedy Brown, explores the multifaceted relationship between these cities and their adopted son. 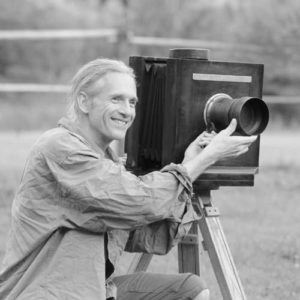 Everett Kennedy Brown was born in Washington D.C. and is a twenty-eight years resident of Japan. Formally the Japan bureau chief of European Pressphoto Agency (EPA), he at present works on commissioned photographic projects to promote Japanese culture. Using the wet plate collodion photographic process, first developed in the mid-19th century, his photographic work exhibits a timeless quality and has appeared in the world’s leading media, including CNN Style, NHK television, National Geographic, GEO, The New York Times. His work has been exhibited at museums internationally and at the DAVOS World Economic Forum meetings.

He also writes books in Japanese, including his most recent, 『失われてゆく日本』 (Shogakukan Publishers, 2018), and Japanese Samurai Fashion (AkaAka Publishers, 2017).

Everett regularly gives lectures, teaches photography workshops and has presented talks at the TED conference. He is a member of the IBM Business Leadership Forum and is a recipient of the Japanese Government’s Culture Commissioner’s Award for promoting Japanese culture through his work as a photographer. He is presently making a photo book of images created in Matsue in homage of Lafcadio Hearn.

Back to the Top 1959 Born in Washington, D.C. 1982 Graduated from Antioch College with major in Foreign Civilizations and Literatures 1982 Traveled to Asia and lived in various countries 1988 Settled in Japan 1999 Established Brown’s Field, a prototypical farm A photographer working in Japan for the past 25 years, my work has appeared in most major global media, including National Geographic, Geo, Time, Newsweek, Le Monde, Der Spiegel, The Times, New York Times.

Lecture “Living an Open Life: Experience from a Journey through Old Japan”

Organized by NOMA, the Consulate General of Japan in Nashville and the Japan Club in New Orleans, Japan Fest is the largest celebration of Japanese culture in the Gulf South. It’s a day to sample Japanese cuisine and enjoy traditional dance groups, martial arts demonstrations, anime cosplayers, tours of NOMA’s Japanese art collection, fashion shows, and much more.