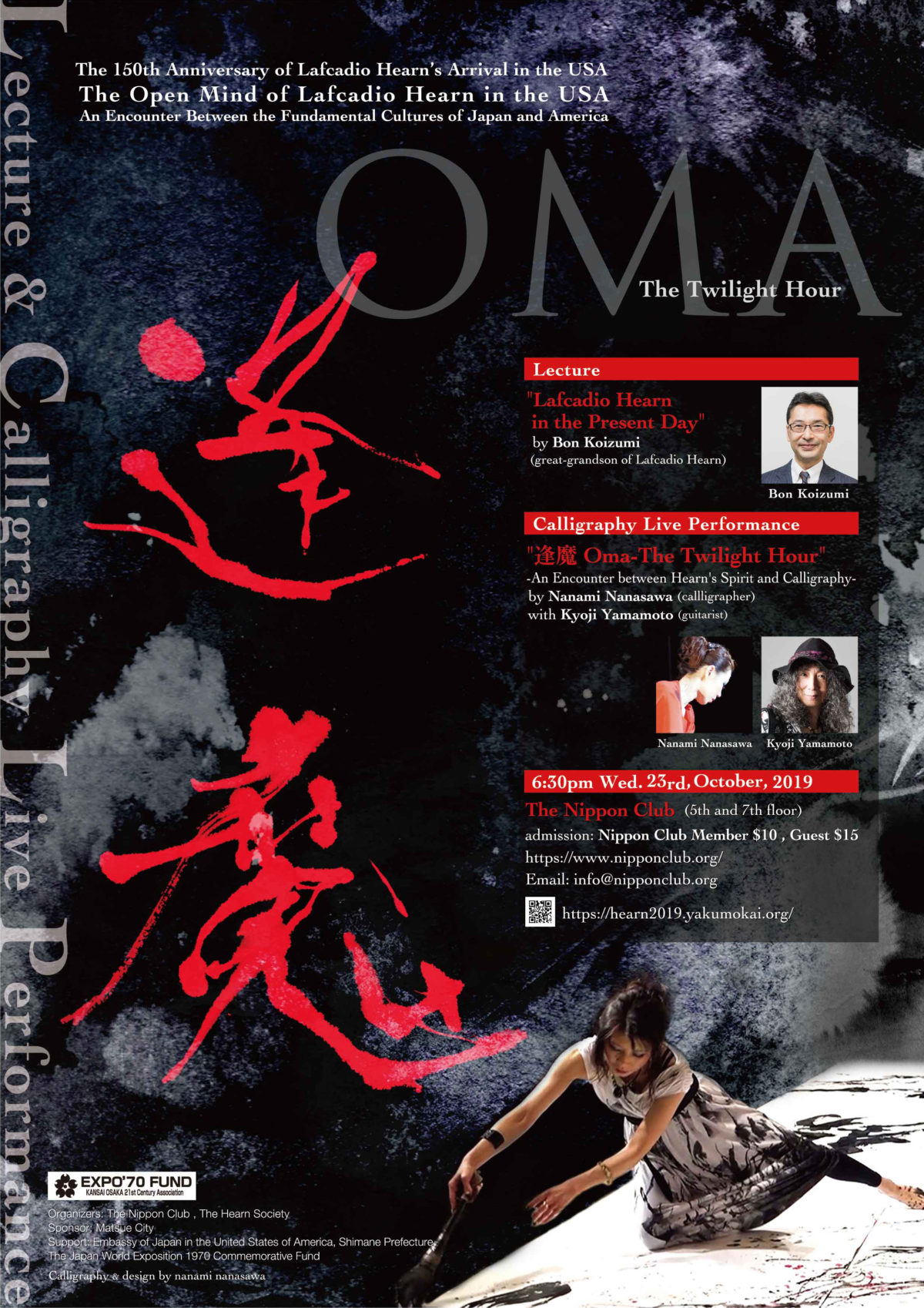 “In recent years, there has been an increasing re-evaluation of Hearn in Japan and in places around the world that are associated with him. Hearn is no longer merely a target of literary research. He is becoming more relevant to the needs of contemporary society as a multi-faceted figure with an open mind. As a descendant of Hearn’s, this has great significance for me.”

“In the time between day and night,
the time that connects this world with the other,
the time when humans encounter demons,
at the boundary connecting the realm of the gods,
the world of Oma, the twilight hour when nothing can be seen, will be created on paper.” 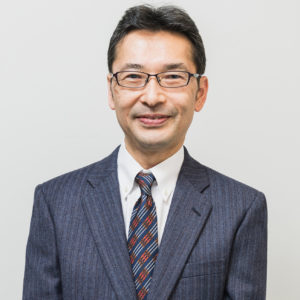 Bon Koizumi is from Tokyo. He is the great-grandson of Lafcadio Hearn.

He studied Folklore at Seijo University and graduate school, and moved to Matsue in 1987. He explores cultural resources from the perspective of ghost stories and the supernatural, and conducts practical research, which is used in tourism and cultural experiences. He introduces the “open mind” of Lafcadio Hearn to society in places around the world that are associated with Hearn. Along with the actor Shiro Sano and the musician Kyoji Yamamoto, he participates in the Lafcadio Hearn Reading Performance. In July, 2017, he was a recipient of the Foreign Minister’s Commendation for contribution to the cultural exchange between Japan and Ireland. He has published works including Minzoku Gakusha—Koizumi Yakumo (Kobunsha, 1995) and Kwaidan yondaiki—Yakumo no itazura (Kodansha, 2014) He is a member of The Japan P.E.N. Club. 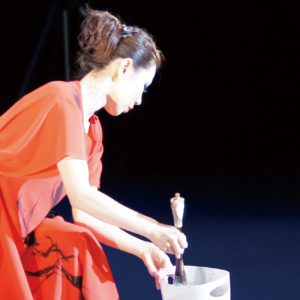 Her “Calligraphy Live Performance”, in which she draws on a large piece of paper to music, is performed with elegance and beauty, and is highly rated. In November 2018, she made her overseas debut with a solo exhibition in Singapore. Her collaborative work in apparel, architecture and stage design is also attracting attention.
She has written the calligraphy for the titles of the Lafcadio Hearn Reading Performance for six consecutive years from 2013.

For two years, starting in 2018, she is in charge of the cover of Kyodo Weekly, the membership magazine of Kyodo News. In June 2019, she held an exhibition of Kyodo Weekly covers, featuring the four seasons, in the head office of the company. She also drew the title of a photography collection commemorating 30 years since the enthronement, and 60 years of marriage, of the Heisei Emperor. 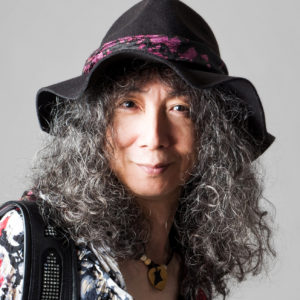 Kyoji Yamamoto is a musician from Matsue City, Shimane Prefecture.

He started playing the guitar when he was 15, and entered the Yamaha/Nemu Music Academy. At that time, he was hailed as a genius guitarist, and while still a student, was selected as the lead guitarist and lead vocalist of BOWWOW. At the time of his debut, his tour with KISS and Aerosmith attracted much attention. He has constantly led the Japanese rock scene with his dynamic and powerful sound and guitar technique. He later formed the band VOWWOW, which was based in London and was active in Europe and the USA for around four years. The band was highly rated overseas, and had a chart entry in the UK. It also had a large influence on famous artists from overseas.

In addition to activities with the band, Yamamoto has released a guitar instrumental album, held sessions with jazz fusion musicians, and sung and played acoustically. In recent years, he has been in charge of the music for the reading performance with Shiro Sano, and has produced other artists. With wide-ranging musical experience, he plays an active role on the global music scene.